What is variable resistor?

A resistor whose resistance value can be adjusted as per requirement is called as Variable Resistor. It is basically an electro-mechanical transducer, which varies resistance by sliding contacts (wiper/slider) over a resistive element. The two most common used variable resistors are Rheostat and Potentiometer. We will see each of them in details.

We usually refer Potentiometer as a POT. These POT are available in different values. The basic form of POT can represented as:

The potentiometer can be used in two configurations.

This type is used to control the amount of input voltage passing to output.

The basic form of Rheostat can represented as:

It is a sub type of rheostat. The name itself implies meaning of resistor “Pre + set = Variable resistor already set to a definite value”. It has two terminals and used where no need of repetitive resistance adjustment. When resistance adjustment is needed only at circuit designing stage and at normal use, then preset resistor is used. It is also called as ‘set and forgot’ or ‘Trimmer’ resistor.

This is it for this post. I believe now you’re familiar with variable resistor and its significance. There are voltage and current divider circuits. We’ll discuss them in our future post. Thanks for reading. 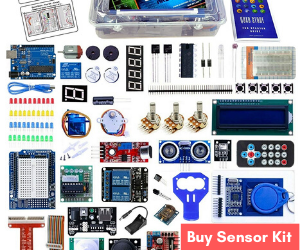 Roshankumar Bhamare received the Master degree in Electronics and Telecommunication engineering. He is currently a Lecturer in Engineering College. He is life member of Indian Society for Technical Education (ISTE). He is also a co-author of BINARYUPDATES.COM. His current interests include Electronics Design Automation (EDA) tools, Microcontroller based circuits.
Previous How Pull-up and Pull-down Resistor works?
Next How to Setup and Program Arduino Board